With this feature, data management teams can flag an Item field as reviewed with the Data Management Review (DMR) flag. DMR replaces source data review (SDR) throughout Vault EDC. Users with the appropriate permissions can perform DMR at the Item, Item Group, and Form level.  Users can utilize Review Plans to determine which Item fields require DMR. In a DMR Review Plan, Item fields can be set to Required, Optional, or Not Available. All Item fields on a submitted Form that have DMR set to required and are incomplete appear in the task bar.

When an object from another Study is reused more than once, and then versioned in the current Study, Vault can include both instances of the object (the original and the new version) in the ODM XML export. Vault can now detect when this occurs and prompts users to copy or reuse the existing object in the current Study. This saves clinical programmers time by preventing the creation of unnecessary or duplicate records at import. 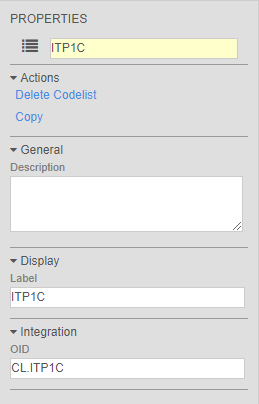 Before publishing a casebook version, Studio users can run a report to validate the study, checking for issues with the study and rule designs. This report identifies deviations that will cause issues when importing the Casebook Definition into other study environments. The report generates a list of errors and warnings that a Studio user must resolve to import the design without errors. Studio users also have the option to initiate validation on their casebook version at any time, by choosing Validate from Studio’s Actions menu. This option initiates a job. When complete, Vault sends the user a notification email with a link to download the validation results. With this feature, users no longer need to manually review and identify design deviations that may cause errors.

Clinical programmers can now use Studio to build and manage mapping between study data and export-ready views of that data. Data managers and other study administrators can then use Study Tools to create data exports based on these views. In Studio’s Browse view, users can navigate to the View tab to create views, defining what each view contains and their formatting. Once a clinical programmer creates a view, a data manager can initiate a Data Export job from Study Tools > Jobs to export data into a CSV, with scope and formatting defined by the chosen View.

Vault now versions Unit Definition and Unit Item Definition object records with each version of a Casebook Definition. When a Studio user creates a new casebook version, Vault automatically creates relationships for each unit and unit item as part of version creation. When a Studio user makes changes to a unit or unit item, Vault creates a new version of the unit or unit item to associate with the casebook version, and then updates the relevant relationships. With this feature, Studio users are now also able to copy units during study design.

With this release, we updated the UI for the Import dialog in Studio. The dialog is now easier to use and  more similar to other existing dialogs. 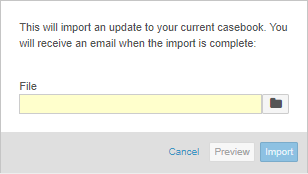 Data managers and other study administrators can use Study Tools > Jobs to run a query rule. With this release, data managers can now run a set of rules with a single job. Before running a rule, data managers can run a job to preview of the results before Vault applies the rule evaluation to the affected Items or Events. After previewing, a data manager can easily initiate the another Query Rules  job to run the previewed rules. Previewing these results is especially useful when adding a new rule to a study or when changing a rule’s criteria expression. By reviewing a preview before initiating the job, data managers can ensure that there are no unexpected queries. 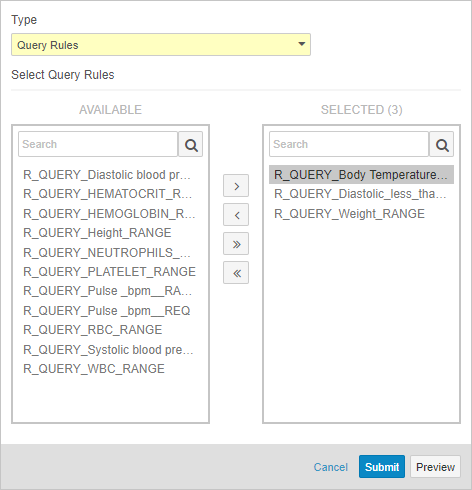 With this release, data managers can now also initiate a Casebook Version Update job from Study Tools > Jobs. When a site’s casebook version changes, this job updates a site’s subject Casebooks to the new version, starting at the next Event in the casebook (Events prior to the update are not altered). Additionally, if the new version dictates that an additional new Event belongs in the schedule, this job adds such Events to existing subject Casebooks.

Vault assigns this permission set to the following security profiles by default:

Which standard template reports users can view depends on several configuration options. Vault Owners or System Administrators can determine which users can access which reports, based on their role in the vault.

All Countries & All Sites User Permissions

To immediately leverage the full flexibility of Vault objects, we’ve converted existing user reference fields to User object reference fields. For example, the Assigned To field on the Activity object makes this object available as a related list on the User record detail page.

Note that the Created by and Last Modified By fields were not converted to User object reference fields, nor were other document references to user like Checked out by.

The Person object allows both Vault users and non-users to be contained in a single object. When referencing a user from a Person record, Vault synchronizes the standard fields from both records. For example, updating the mobile phone number in a Person record automatically updates the User record.

Vault also synchronizes domain-level attributes on User like username and email across all vaults to which that user is a member. This includes cross-domain vaults.

Note that all existing eSignatures captured through object workflows will automatically migrate to signature objects.

With this enhancement, we’ve also introduced a new object lifecycle state entry action that enables Admins to set current eSignatures to obsolete: Make signature records obsolete. This functionality is useful when a record returns to an earlier state, for example, when a record is rejected and it’s previously captured signatures no longer apply.

With this release, the Vault Formula Expression Grammar for Objects now provides support for the DateTime data type and related functions.

The following functions are now available for formulas in Vault:

When selecting a field to filter by, Vault shows formula fields as options. Formula fields are not available for search or filters because their values are calculated at run-time.