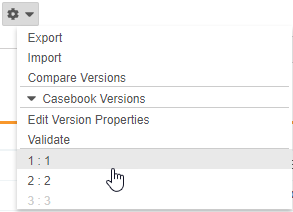 Update Restrictions: After the initial version is published, there are several changes that are not allowed in any subsequent versions. See this list of disallowed changes.